How to support a loved one struggling with mental health issues

Tags: Helping a loved one struggling with mental health issues 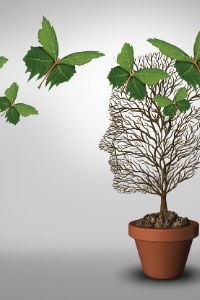 When I first started struggling with anxiety, panic attacks and depression at eighteen, my family and I had no understanding of mental health issues. Unfortunately, neither did the doctors, many of whom told my parents that I was just being a “drama queen,” a “typical teenager.” “Tough love” was prescribed and doled out each day, which only alienated me from my parents and turned them into strangers I feared. Eventually, I began feeling like a pariah in my own home and began to crumble without their love, understanding, and support. Over the years, our home which was once a fortress of love became a prison from which I couldn’t escape.

It wasn’t until I had survived through seven years of hell and tried to kill myself, that my parents finally took me to a psychiatrist who diagnosed me with depression for the first time, and began to treat me. It took two more years of failed suicide attempts and hospitalizations before my family and I finally began to educate ourselves about mental health issues. A caring intern at the hospital told my family that it wasn’t enough for me to educate myself about depression, it was critical that they educate themselves about mental health issues if they wanted to support me in my road to recovery and wellness. Fortunately, my parents did, and have since grown into the greatest support system in my life. Over the years, they have also reached out to others struggling in the community.

According to the World Health Organization, one in four people in the world will be affected by mental or neurological disorders at some point in their lives. Around 450 million people currently suffer from such conditions, placing mental disorders among the leading causes of ill-health and disability worldwide. Treatments are available, but nearly two-thirds of people with a known mental disorder never seek help from a health professional. Stigma, discrimination, and neglect prevent care and treatment from reaching people with mental disorders.

I sincerely believe that families and caregivers can be the greatest support system for a loved one struggling with mental health issues. But, they often don’t know how to help. They are often confused and overwhelmed in encouraging a loved one to seek the treatment and support they need. Please see the infographic below developed by NAMI and HealthCentral for some ideas on how to support a loved one struggling with mental health issues. Please share this blog post with your friends and family. You never know whose life you can change, perhaps even save.