My story – surviving the loss of my beloved daughter Priya 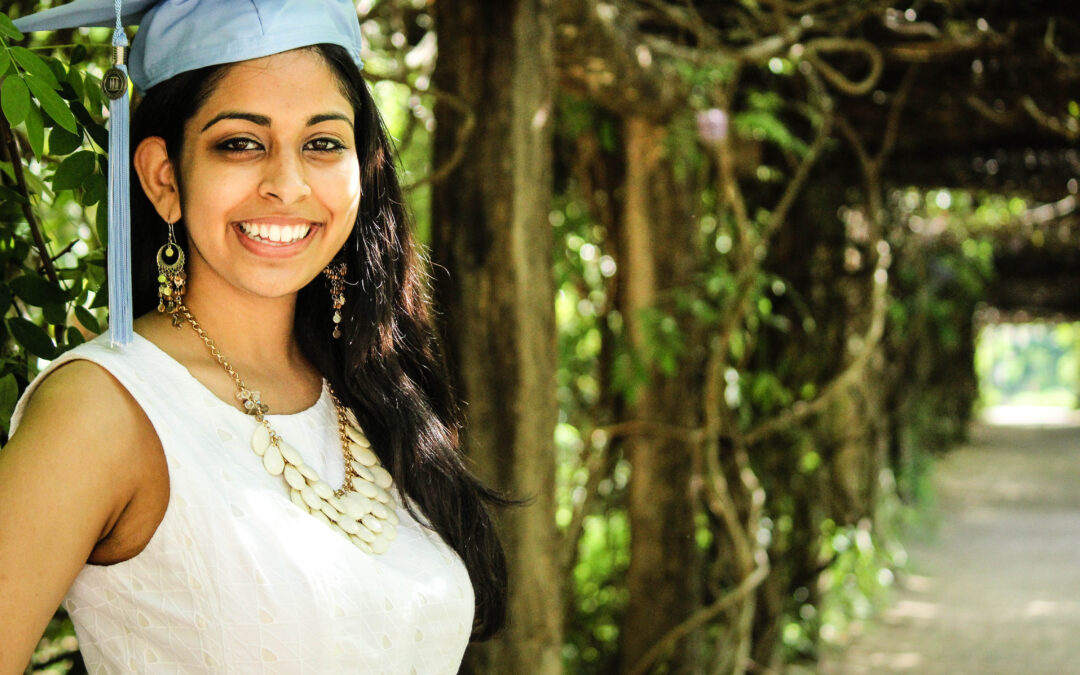 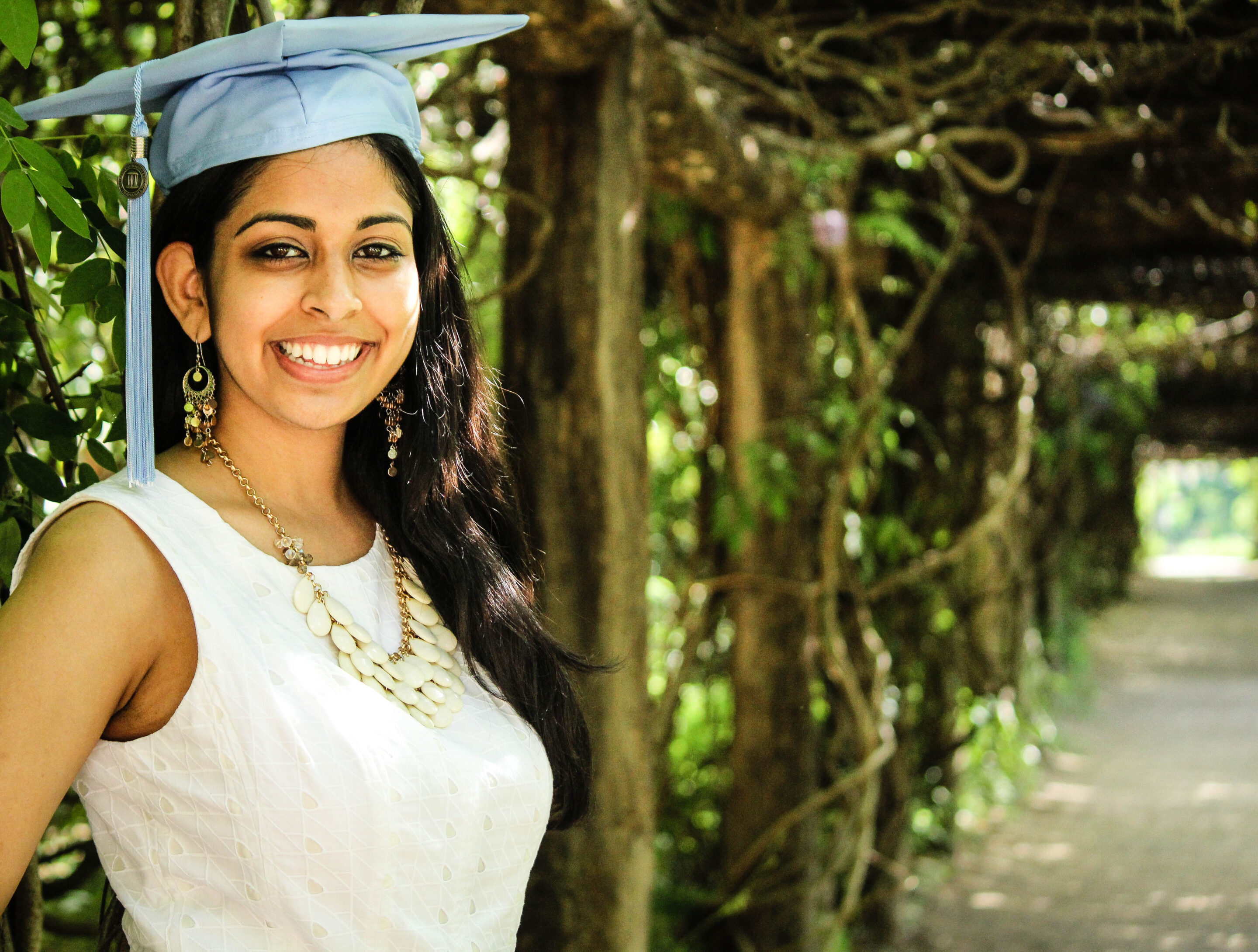 My name is Geetha Balagopal.   My beloved daughter Priya was lost to suicide on January 10th 2016 during her 4th suicide attempt.

Priya was a beautiful girl, a quiet, introverted, brilliant and dignified child, who excelled in whatever activity she participated in.  The anxiety was always there but I was not aware of it.

She was bullied in school and it started very early – in Kindergarten.  I never knew about it.  She didn’t have many friends but got calls from classmates who needed help with homework.  During the summer of her junior year in high school, she told me that she has OCD.  My response was “you have too much time on your hands disorder” Having been raised in a culture where you are conditioned to “just do what is required without complaining”- I didn’t realize the seriousness of it.

Priya left home when she was 15 and a half years old to join the North Carolina School of Science and Mathematics, (a boarding school for highly gifted high school kids) around the same time she told me that she had OCD.  She only came home one day a month – and she only called or texted if she needed supplies or food.  She made new friends, fell in love with Indian dance and I was happy for her.

One day in early 2009, I was driving Priya back to school –about to merge on the highway, when she said that she feels hopeless and that “life is not worth living”.  I almost ran off the road but kept my voice calm and asked her why she feels that way and what I can do to help.  She said that she feels that way all the time.  I remember having a discussion about how if you have a broken arm or leg and get a cast, everyone feels sorry for you and sign your cast and if you have cancer and heart disease, people tell how brave you are for fighting the disease and bring you cards and food, etc.  Yet, if you admit that you have mental illness, people run away from you.

I promised to look for a doctor and found one quickly.  She was prescribed Zoloft.  Priya had always been healthy, having missed one day of school in 1st grade due to heavy snow on the roads which prevented us from getting out of our neighborhood.  She was not used to taking medication- I went home and googled Zoloft and was alarmed to find that it increases suicidal tendencies especially if they are under 18 like Priya.  I called the doctor who said “It is only 25 mg and very small dose she will be fine.” A few days later Priya had her first overdose.

She was taken to the emergency room and the doctor asked if she would do it again.  She said ‘yes”.  There was no bed available and after a 3 day stay, she was handcuffed and driven to Greensboro in a police car and spent 5 days in a psych hospital.  I think that experience taught her not to tell the truth about how she was feeling.    She graduated with a 5.1 GPA and spent a few happy years in Carolina.  We found a good psychiatrist and I took her to therapy 2 to 3 times a week  and got her medicines, was active in school, including serving as co-president for a student run mental health advocacy group (Active Minds at Carolina) , joined the dance team which won awards in inter collegiate competitions and we thought all was ok because she never shared the darker aspects (physical and sexual assault) with us.

She was open about her mental illness and also volunteered with the NC Hopeline though she never spoke to us about it – other than just mentioning it.

In February 2013, a few months before her graduation, she had her 2nd overdose.  She had hoarded her pills and took them but left a detailed list of what she took.  This time, she agreed to voluntarily go to the psych ward.  She was forced to leave school.  She found a small job and worked with her doctor to get back to school in January 2014 and graduated with a degree in Psychology.  She also had a 2 year job lined up with the VA.  But sadly that fell through a week before she was supposed to start.  She was very disappointed but joined AmeriCorps in Raleigh, helping the “unemployable population- homeless vets and others with computer skills, and helped them find jobs.

3 days after successfully graduating from her AmeriCorps program, she had her 3rd overdose.  That was when I realized that I was not going to be able to save her from herself.  Sadly, I never knew about AFSP or any of the other local resources that would have helped me help her better.

Still, Priya was able to convince everyone that she won’t take her life and went off to join another AmeriCorps program in Douglasville, 30 minutes out of Atlanta.  In December 2015, she came home for a week but was drained and didn’t speak much.  We thought that she was just tired.  Sadly 10 days later we found out that she was missing then I got a call from a Forensic Investigator from the Examiner’s office that she has my daughter.

Nothing in life prepares you for hearing this news – even though she had 3 prior attempts and survived them.  We were numb with shock… I had said goodbye to a beautiful 24 year old precious girl and her ashes came home in a small pink box a few days later.

I and her dad and sister went through so many emotions – I remember that we were also angry- angry with Priya and with the system which blames mentally ill for their disease.  We also had to listen to well meaning members of the Indian community telling us that we were paying for past karma.  A family member told me that she knows a lot of people with mental illness and that if my husband and I didn’t spend money taking Priya to a good doctor otherwise she would be alive today.  More than one person told me that Priya was in hell because she took her own life.

The day after she died, I remember screaming at her picture – why did you choose me to be your mother?  I obviously did not protect you.  Why, Why, Why?

My kids were my universe.  I worked from home and from the time Priya had her 1st overdose, most of my days was spent driving my kids to therapy sessions and figuring out a way to manage the hospital, doctor and pharmacy bills.  I was also consumed by intense fear that Priya will die.  When that fear came true, I didn’t know what to do.

I felt immense guilt. I questioned my worth as a mother.  What good am I if I could not help my child?  Why didn’t I fight harder?  How could I not know she was this sick?  How did I not know that my child was dead and only found out 17 hours later?  I wish there was a checklist of things to do when a loved one tells you that they are mentally ill so I would know what the “steps are” and she would still be alive – maybe.

I was also extremely saddened by the fact that all of her hard work and struggles were in vain.  I was crying and talking out loud in front of  Priya’s photo asking “what was the purpose of your life”  – “what was the purpose of all your hard work and struggles and advocacy” and now that you are no more “what is my purpose” and then it came to me – my purpose is to continue her advocacy and her fight so other families don’t lose their loved one to this horrible disease.

Priya posted the story of her struggle on a GoFundMe page and her story was published in the local paper.  A few kind souls reached out to me to help me and my husband and daughter.  They told me about compassionate friends and the local Survivors of Suicide support group.  I went to both less than two months after Priya died and found out that I was not ready – it was overwhelming.  So I took a break and then went back a few months later.

Today, almost 5 years later, after attending a number of support group meetings, talking with other parents that have lost their beloved kids to this horrible disease, and reading any book/articles that I thought might help me better understand how to survive our loss, I know that Priya died in spite of all that we did to try and help her.   I still miss her – every minute of every day, miss her sweetness, her shy smile, miss all the things that I used to do with her – even if the majority of it was spent driving her to school, to therapy, to the mall, while she sat silently next to me – listening to music with earbuds on.  I still cry frequently – some days more than others.  Birthdays and anniversaries are still excruciatingly painful.

However, in spite of the ongoing pain and grief, the support group and other parents have taught me a lot in the last few months.  They have taught me that it is possible to survive the suicide of a loved one; that I am stronger than I thought I was, that it is ok to honor whatever feelings I have and accept them, that there will always be a safe place for me to come and share how I feel.

I am inspired by their courage, strength, dedication and devotion to families like me and for their never-ending willingness to help shine a light on this horrible illness so other families don’t suffer like they did.

Priya had this to say about mental illness (in November 2014)

“Mental illness is difficult because it’s like fighting a battle that your mind convinces you is not actually happening. It is an invisible disease compounded by stigma and ignorance on a global level. This pushes people into dark places of shame and silence. When you get a broken leg or you have diabetes, you see a doctor and sometimes you take medication. Whatever it takes to get better. When you have cancer, people grant you wishes and bring you dinner. They celebrate your little victories. People facing suicidal depression or bipolar disorder or anxiety deserve to navigate their illnesses with the same support, understanding and care.

I know that I will always be Priya’s mom and that she will always be part of me.  I will spend the rest of my days honoring her and her fight and struggle and all that she was to me and my family.

I am determined to share her story and our story and keep attending the support groups and do all I can to help increase awareness and decrease the stigma so people like Priya facing suicidal depression or other mental illness have all they need to not only navigate their illness with support, understanding and care but to also live a live devoid of shame and fear and hopelessness.

Thank you for giving me the opportunity to share my story.

If you are in crisis, or experiencing thoughts of suicide, please text the Crisis Text Line (text HELLO to 741741), or call the National Suicide Prevention Lifeline at 1-800-273-TALK (8255). Both services are free and available 24 hours a day, seven days a week.