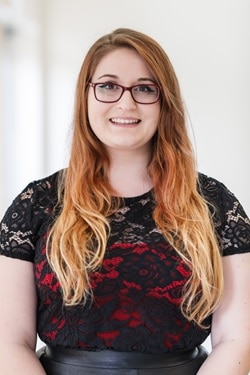 Speak out; You are not alone.

Being diagnosed with depression was the last thing Bekah wanted to hear. She was in the middle of her undergraduate degree when it became hard to cope with life. Depression had been something she struggled with since early adolescence, but those feelings she experienced became her “normal.” When she heard the diagnosis, she began her journey to uncover who she really was underneath the façade of someone who held it all together. After lots of thought and fear of judgement, she decided to take a leap of faith and open up about her depression over social media via a picture of her fresh tattoo paired with a powerful message. Her only wish was to reach one person struggling like she was, but she soon found out that her words resonated with millions across the world, assuring people that they were not alone in their personal battle.

Mental health conditions are a leading impediment to the health and wellbeing of high school and college students. Left untreated, mental illness – including anxiety, depression and eating disorders, can lead to school failure, family conflicts, substance abuse, violence, juvenile & criminal justice involvement, and even suicide. Suicide is the third leading cause of death among those 15-24 years old. Treatment is effective. Yet, because of the shame and stigma surrounding these issues, mental health is not discussed and too many students are suffering in silence. Bekah wants to change that – she wants to share her story to end the stigma surrounding mental illness, and encourage students to seek the help and support they need to recover and thrive. Bekah is the winner of ASHA International’s 2016 Hope Bringer Award.

“Some of my friends and I struggle with depression. Thank you for coming and sharing your stories. And, thank you for all that you do to help.”
Book Bekah

“You both were amazing! And, gave me hope and insights on how to help my brother who struggles with panic attacks. Thank you!”

“The program was very touching and helpful to me because I have struggled with depression and thought about suicide. I learned that even though I don’t think it will get better, it will. Thank you for the wellness resources you shared.”
“I found this presentation extremely helpful because there are people struggling with depression and I am one of them. I appreciated that your poured your hearts out to educate us even though you run the risk of people who do not accept that mental illness is ok to talk about and perfectly normal to endure. Thank you!”
Book Bekah
Translate >