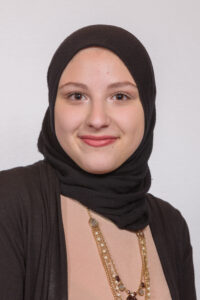 Advocating is my way of healing.

Sixth grade is when things got really bad for Hoda. She was sexually assaulted by a family friend.

Thoughts of self-hatred, shame, depression, and suicide consumed Hoda’s every thought for years as she struggled to get through her everyday life. After keeping it a secret for years, she finally found the strength and the courage to tell someone. Even though the first person she confided in acted like it was no big deal and tried to justify it, she did not give up and continued to fight and advocate for herself. After dealing with the physical and mental trauma of being sexually abused for three years and surviving a suicide attempt at the age of 13, she finally realized that she was valued and supported. She started getting help from her teachers and started going to counseling on a weekly basis. Hoda believes that her diagnosis of PTSD and generalized anxiety disorder do not define her but rather help her understand herself more.

After years of trying to beat this alone, she now realizes that there is no shame in asking for help and wanting to get better. Hoda wants to share her story to give hope and inspire others to seek help if they need it, and to reach out to someone. The stigma around mental health is slowly changing, which is why Hoda wants to work even harder to end the stigma so that no one ever suffers in silence again.

Hoda is a leaderin student government, and a member of National Honor Society. Despite her struggles, Hoda is able to balance her school life and work life, and maintain a high GPA.

Book Hoda
Translate >
We use cookies to ensure that we give you the best experience on our website. If you continue to use this site we will assume that you are happy with it.Ok