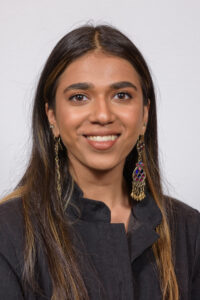 Depression, bulimia and anxiety controlled Yamini Rajan’s mind for years as she wondered whether she would make it each day. She was constantly struggling with herself and the world around her. She constantly tried to find ways out of the pain. After attempting to take her life at the age of 13 Yamini realized that things had to change. She was reminded of all the loved ones around who supported her at every turn and realized that this was not the path she wanted to continue on. She started getting help from her parents, counselor, and friends as she learned to cope with the depression that dragged her down.

Now after years of putting up with these issues she is here to share her story in an effort to garner more awareness about a subject that is always hidden in the dark. Yamini hopes to inspire those around her from children to adults to speak up and end the stigmatization surrounding mental health that has kept people down for years. Mental health issues aren’t going away anytime soon which is why Yamini hopes that she can shine a light on one of the most important topics of our generation for a brighter look into the future.

Book Yamini
Translate >
We use cookies to ensure that we give you the best experience on our website. If you continue to use this site we will assume that you are happy with it.Ok